Penang is well known for its bars and nightlife, but when it comes to music, especially of the rock variety, few know that the island hides some interesting venues. This guest post will be your guide to music venues in Penang.

To start with, Malaysia is the first country in Southeast Asia to breed heavy metal and punk bands. As early as 1982, the band Blackfire from Kangar, in Perlis, was playing hard rock music with Malay lyrics. Shortly after that, the coast of Terengganu bred the early Malaysian punk fans.

In the 1950s and 1960s, Penang was the epicenter of many rock and roll groups – as the book “Just for the Love of it: Popular Music in Penang 1930’s-1960s” testifies. Brought in by the Australian and British soldiers stationed in the nearby air force bases, an Anglo-American rock found fertile territory in Penang. Its most famous band, the Alleycats, went on to find fame and fortune in Hong Kong.

In the 1970s and 1980s, many Malaysian bands kept following the tropes of foreign rock and roll. For inasmuch as rock-based music genres are not the flavour of the month these days,  in Penang there is a hidden hotbed of music fans who keep rock alive on the island.

But why rock music in Penang is so underground? The first thing to consider is the unfavorable attitude that Malaysian authorities have against the rock. In 2001 and 2006, police crackdowns on black metal music in the nearby state of Kedah made performing even more difficult.

This said, in Penang there are still several places where guitars are loud, hairs are let down, and necks are banging, and also other venues where the flavours of rock are less hard. 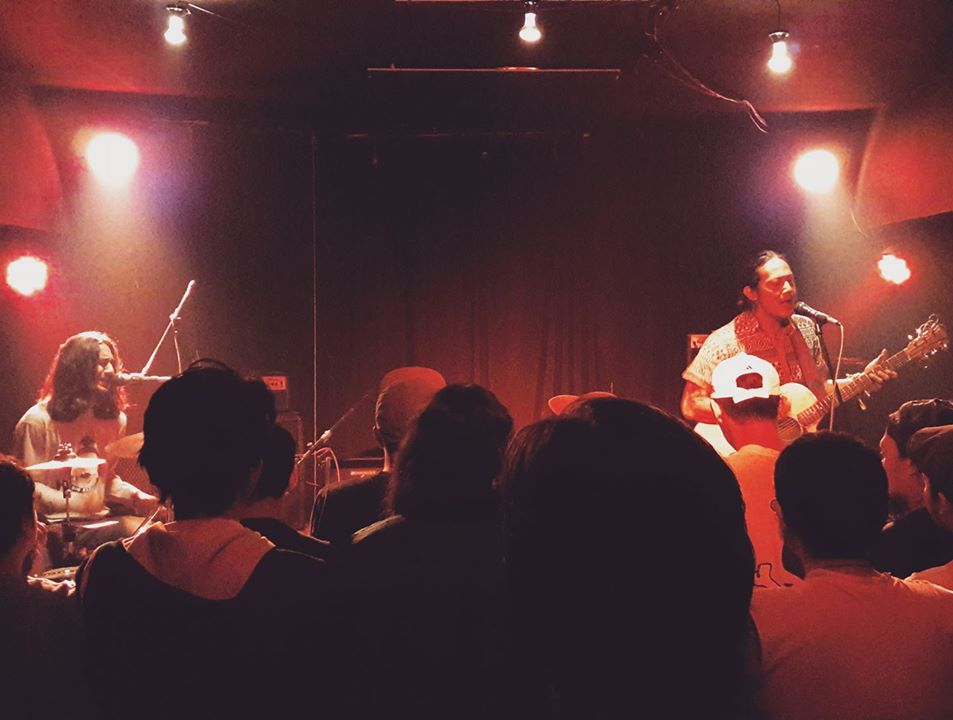 The best — and only — dedicated underground rock space is Soundmaker, tucked away on the first floor of a building at 62 Weld Quay. Run by a Chinese-Malaysian musician and sound engineer, Soundmaker is both a performance venue and a studio where local bands can rehearse and record. 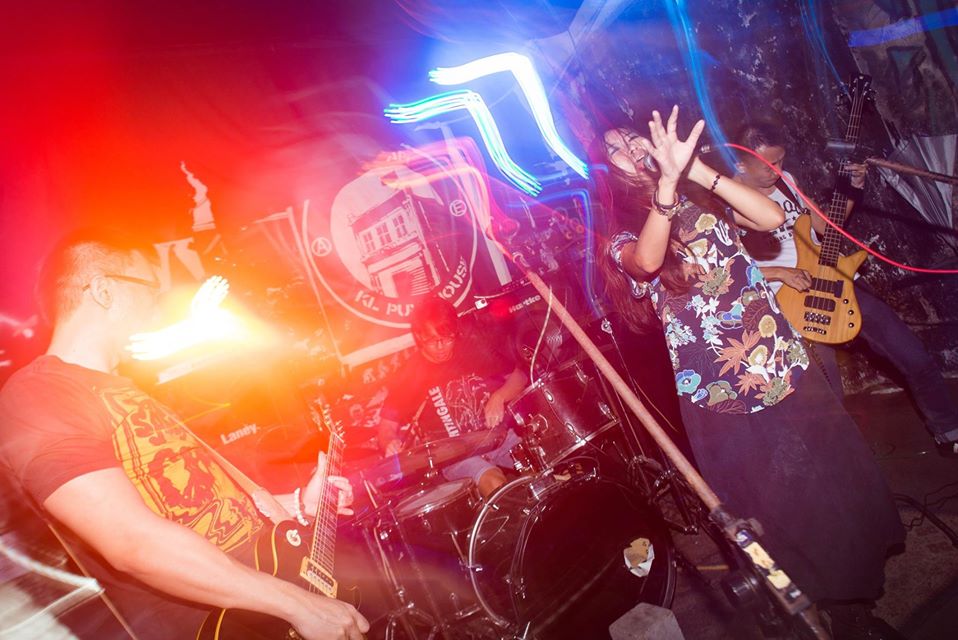 Shows are often on weekends and start in the afternoon to end before midnight. There are many local and Malaysian bands performing along with foreign guests. Thus far, this underground club has hosted American, Australian, Italian, German and other European bands. The music here is loud and you will meet active members of the local music scene. It’s also a great place to go buy local records and tapes and support the local underground. 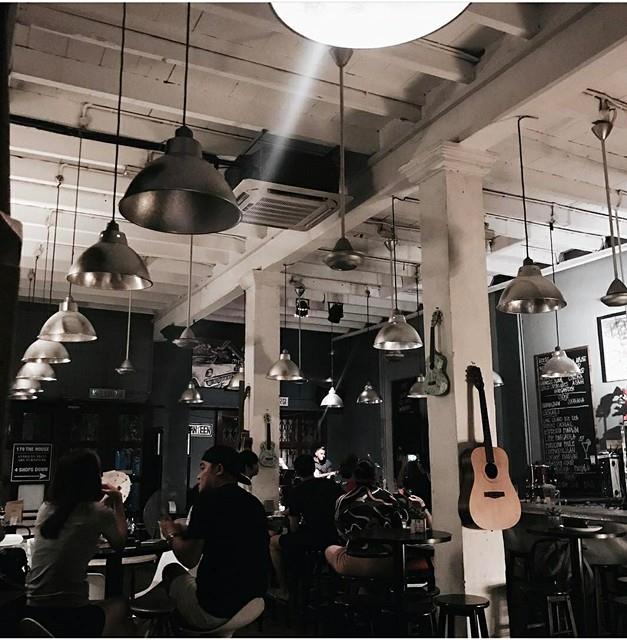 On the opposite side of the music spectrum — acoustic — the Canteen hosts folk, blues and jazz acts. The venue is more of a cafe’/pub than a real live music club, and at times, performances suffer the volume limits. Alas, the Canteen is very central in Victoria Street and in walking distance to George Town’s nightlife. 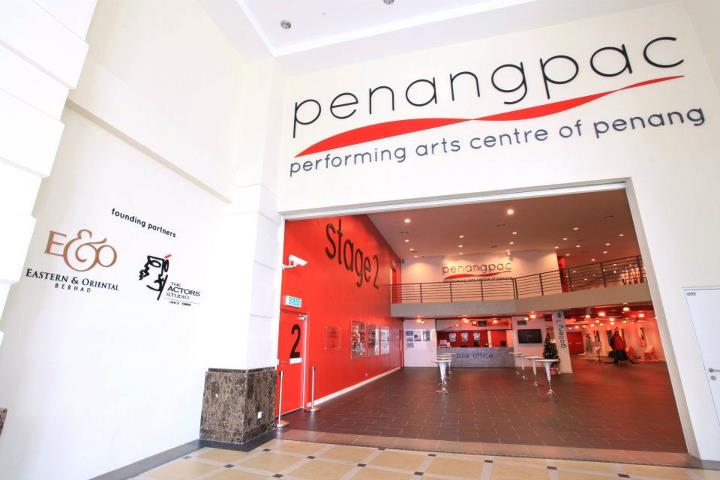 Penang Performance Arts Centre has occasional music festivals and a very professional stage and light system. It pays to keep an eye on their programme, as once in a while there are interesting festivals featuring local bands.

If one wants to really connect with Penang’s musician, the best way is to get out and visit the places where they meet, mingle and practice music. In Malaysia, differently from many Western countries, practice rooms, or studios, come fully equipped with backlines and can be rented by the hour. It is here that, every night, Penang bands big and small come to prepare their tunes. Besides Soundmaker, there is Signature Studio in front of Universiti Sains Malaysia, and DNA Studio, situated over the mamak restaurant facing the entrance of Bukit Jambul shopping complex. Feel free to go have a look and talk directly with the musicians.

The artsy heart of Penang, besides rotating exhibits, has hosted many shows in their delightful outdoor covered patio. This venue doesn’t host regular shows, but organizes bigger music festivals sponsored by international brands such as Vans. However, one of its smaller shops, Chai Diam Ma, a small art gallery-cum-cafe’, often hosts songwriters and troubadours and is worth checking out.

In the past few years, Penang has also consolidated the reputation of its music festivals. Penang Jazz Festival, hosted every year in Batu Ferringhi, sees an international rooster of blues, jazz and rock and roll acts that flock to the island and attract a good crowd. Likewise, fans of world music are excited to participate to Penang’s World Music Festival, hosted in the natural surroundings of the Botanical Gardens, that brings artists from as far as the Middle East and Africa to Penang.

About the Author: Marco Ferrarese has written for a variety of international publications that include Travel + Leisure Southeast Asia, CNN Travel, BBC Travel, The Guardian and National Geographic Traveler (UK). He’s a Rough Guides author to Malaysia and Brunei, and blogs about his acquired home on Penang Insider.

Penang Foodie is looking for Interns now! If you are forever hungry and love to share great food around, this internship is for you. Send your resume to us at hellopenangfoodie@gmail.com