Yep, this is not a click bait, Mobile Legends is indeed coming to Penang! An official LED roving truck will be traveling around Peninsular Malaysia to unite all gamers through their global campaign, and it’s going to be huge!

Fun games? Check. New friends? Check. Freebies? Check. Are you feeling excited already? We feel you, but hold your horses as we feed you with more information about this upcoming adventure! 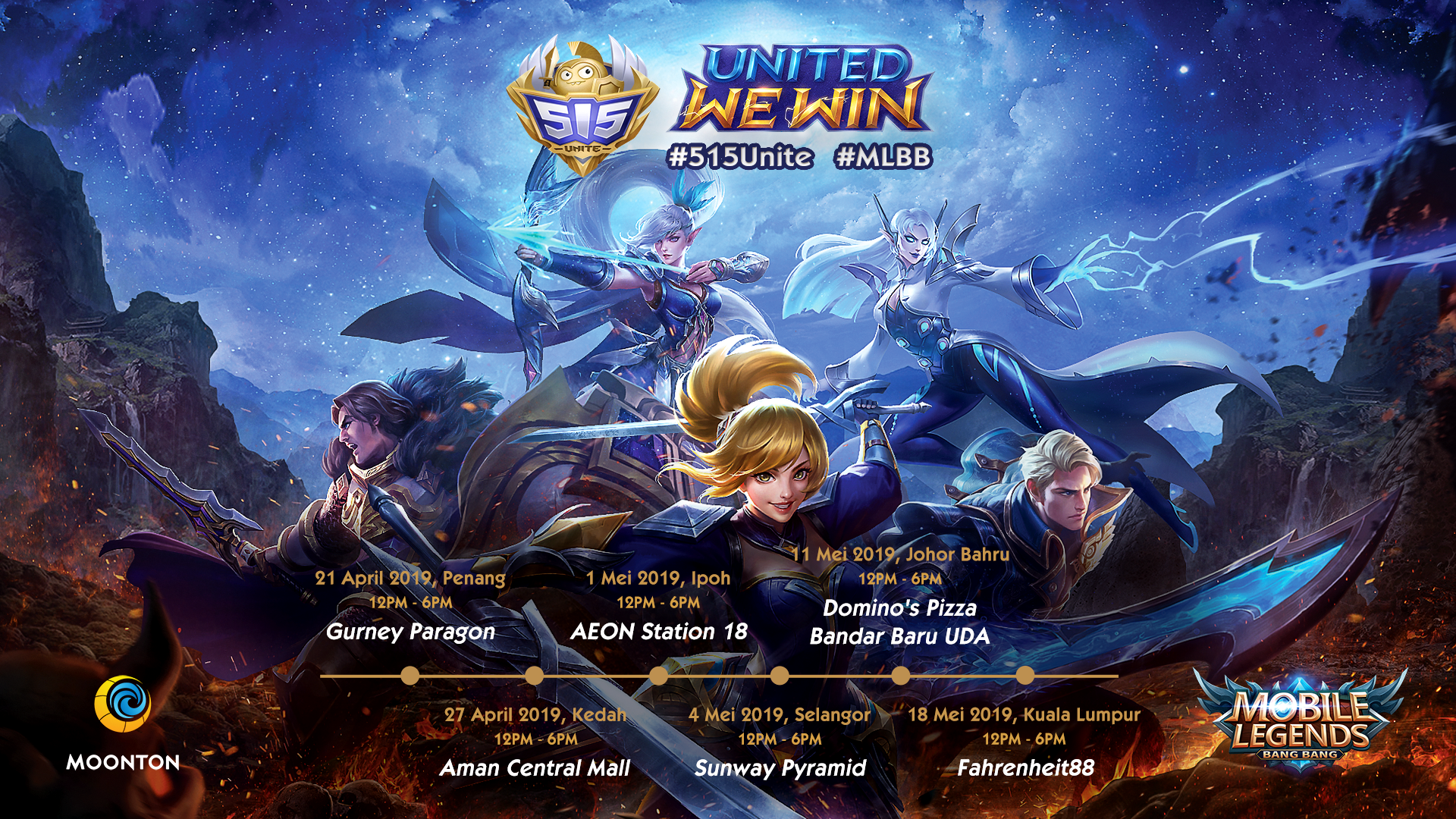 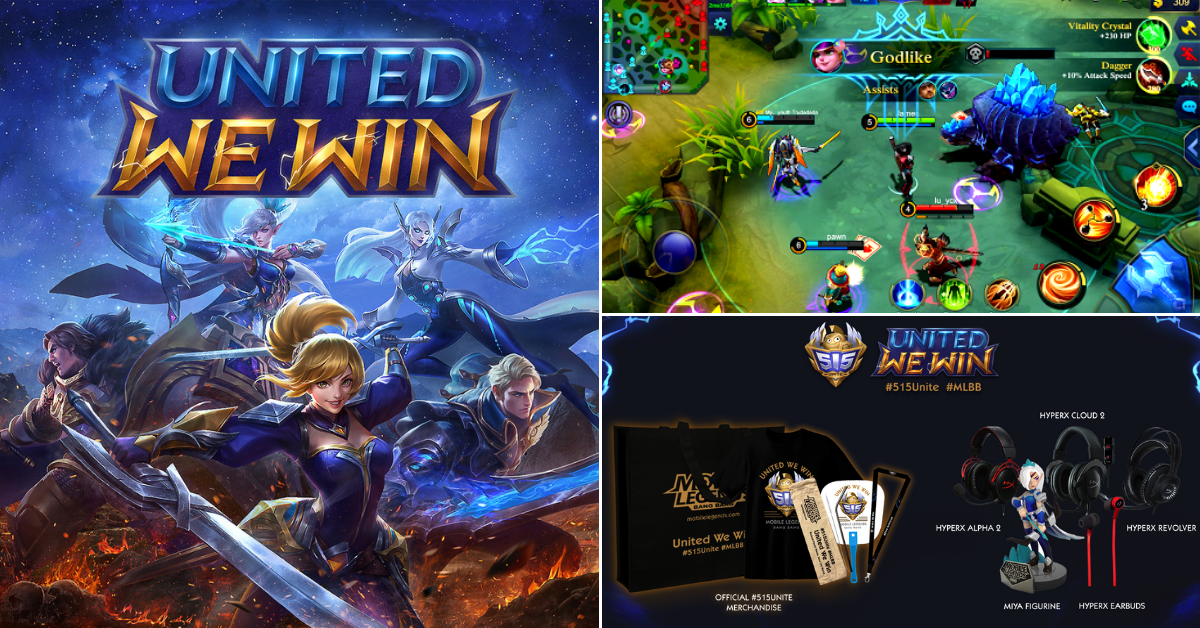 Malaysians will be one of the first groups in the world to witness this global campaign. What’s better, Penang will be their very first stop in Malaysia! Talk about feeling proud. What’s Mobile Legends 515 Unite? Keep reading as we unveil all the exciting activities, tournaments, cosplayers and limited edition Mobile Legends goodies (you heard that right!) that you can walk away.

Hold on, What is Mobile Legends First? 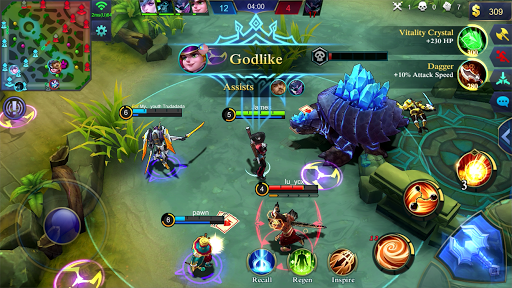 Before we dive deeper into 515 Unite Global Campaign, we’ll give you a brief explanation on Mobile Legends: Bang Bang because not everyone’s played it before. #MLBB is a multiplayer online battle (5 vs 5) game designed for mobile phones. Two opposing teams fight to reach and destroy the enemy’s base while defending their own base. 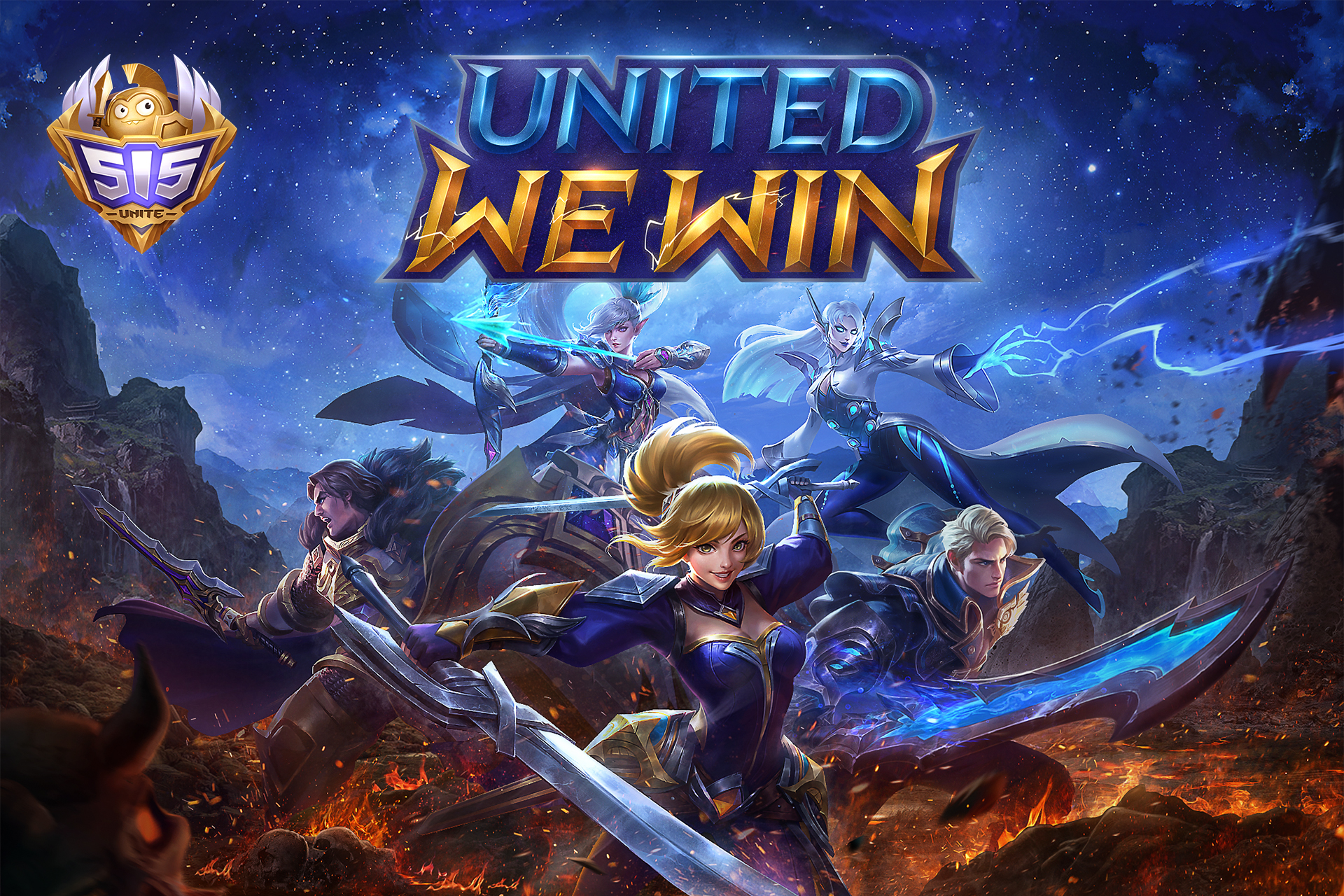 In short, 515 Unite is about a series of game modes that will be unlocked from 20th April onwards. During the 515 Unite period, a horrific blackhole will appear, causing chaos in the game, hence, the 5 heroes are from all parts of the world, reuniting to save the world

It’s not the first time Mobile Legends fans thought about this: To meet their opponents or teammates in person one day. That’s when #515Unite kicks in, offering not only for gamers to unite and complete a series of quests, but a chance to have a friendly tournament with the Pro team, that’s a privilege!

Save The Real World with Mobile Legends 515 Unite in Penang! 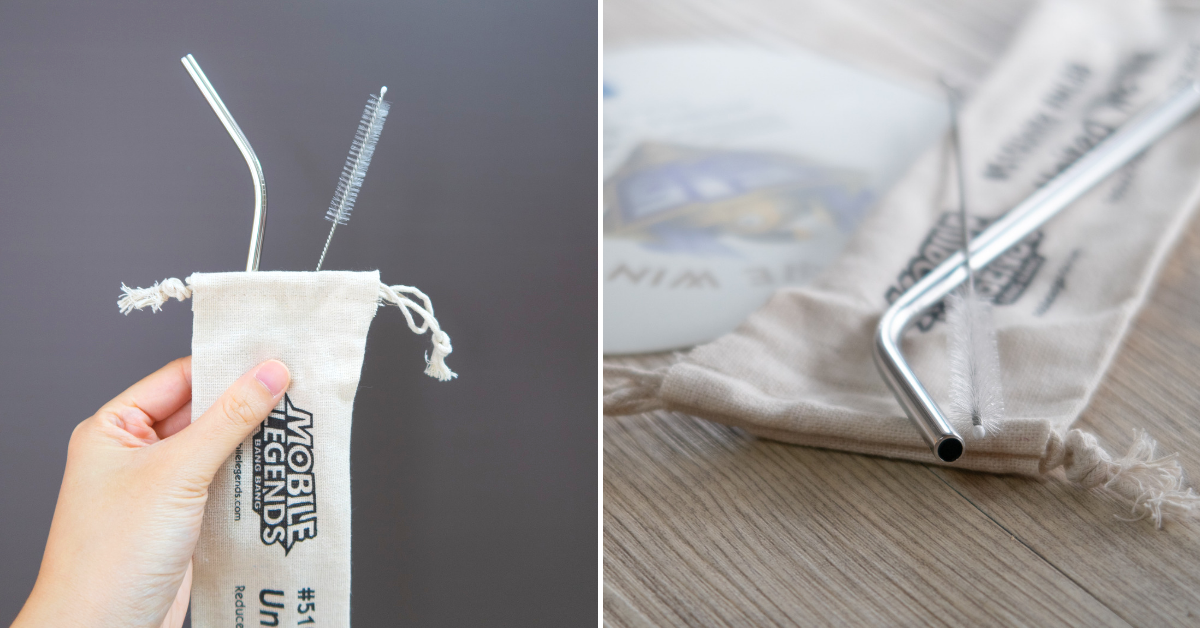 Besides the special game mode, this campaign features exciting online giveaways and offline lucky draws. Participants could walk away the 515 Unite Goodie Bag (which includes, a fan, lanyard, stainless steel straw, brush, and pouch). Since #515Unite is about heroes reuniting to save the world, why not save the world in reality as well? Coincidentally, Penang is also the first state in Malaysia to ban plastic straws. So anyone that hasn’t purchased their stainless steel straw should join this as part of the movement in saving the world (both in reality and in MLBB)! 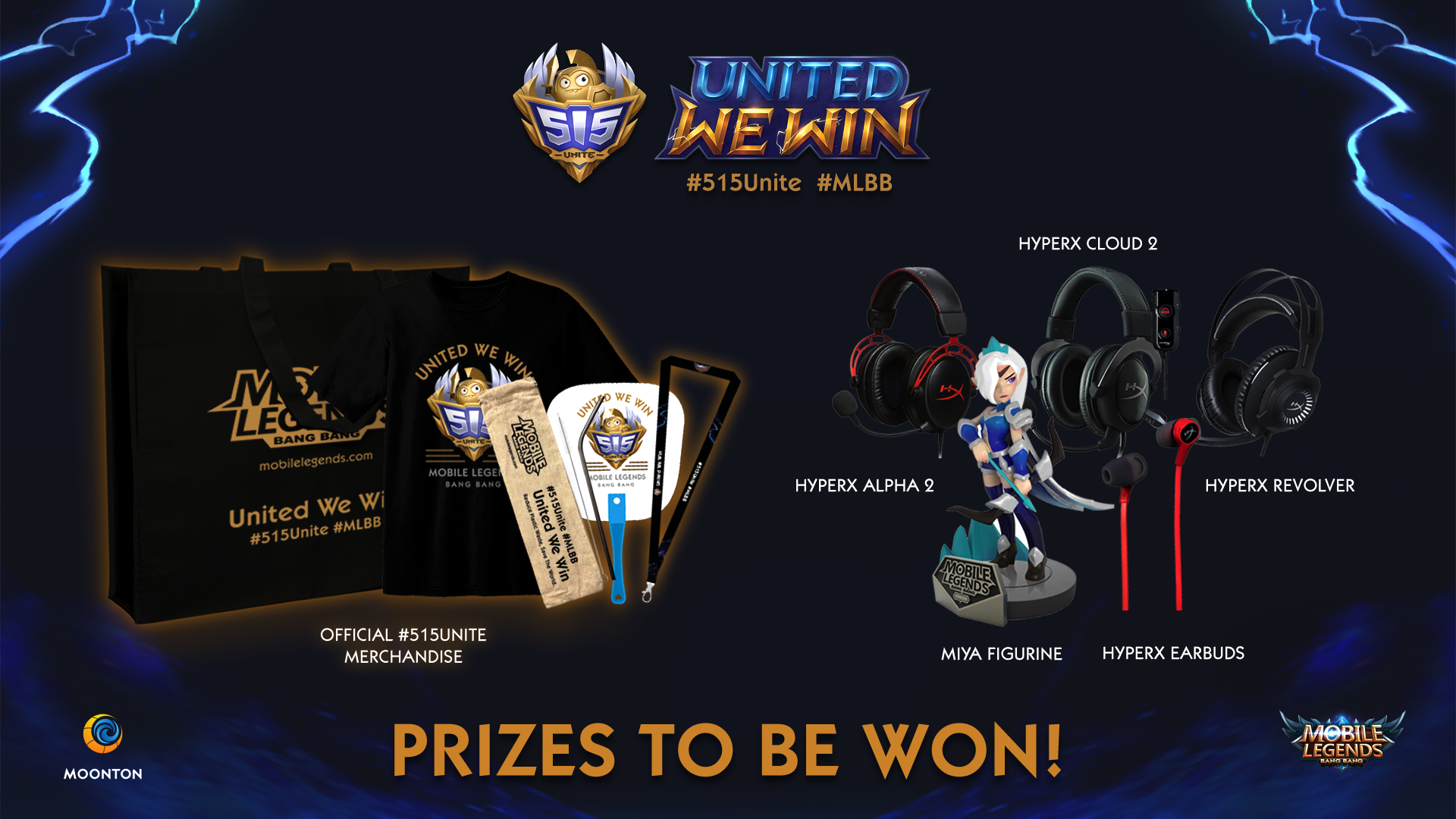 Did we mention at least 300 515 United We Win T-shirts will be given away when you join the fun and games during the event? Special edition #515Unite Touch N’ Go cards are also up for sale at RM25 each, though we can’t show you what the design’s like because that’s for you to find out on the day itself! What better way to be a true fan. Forget about the plain, old boring TnG card that you own, ditch that and get this limited edition card, it will make you feel good. Plus, all proceeds go to charity.

We know you’re hooked with #515Unite! Happening on 21 April 2019 at Gurney Paragon Mall Penang, be sure to get there early as 515 Unite Global Campaign starts from 12 p.m. to 6 p.m. Speaking of which, we told you not just Penang, but #MLBB will be touring to 5 other locations as below: 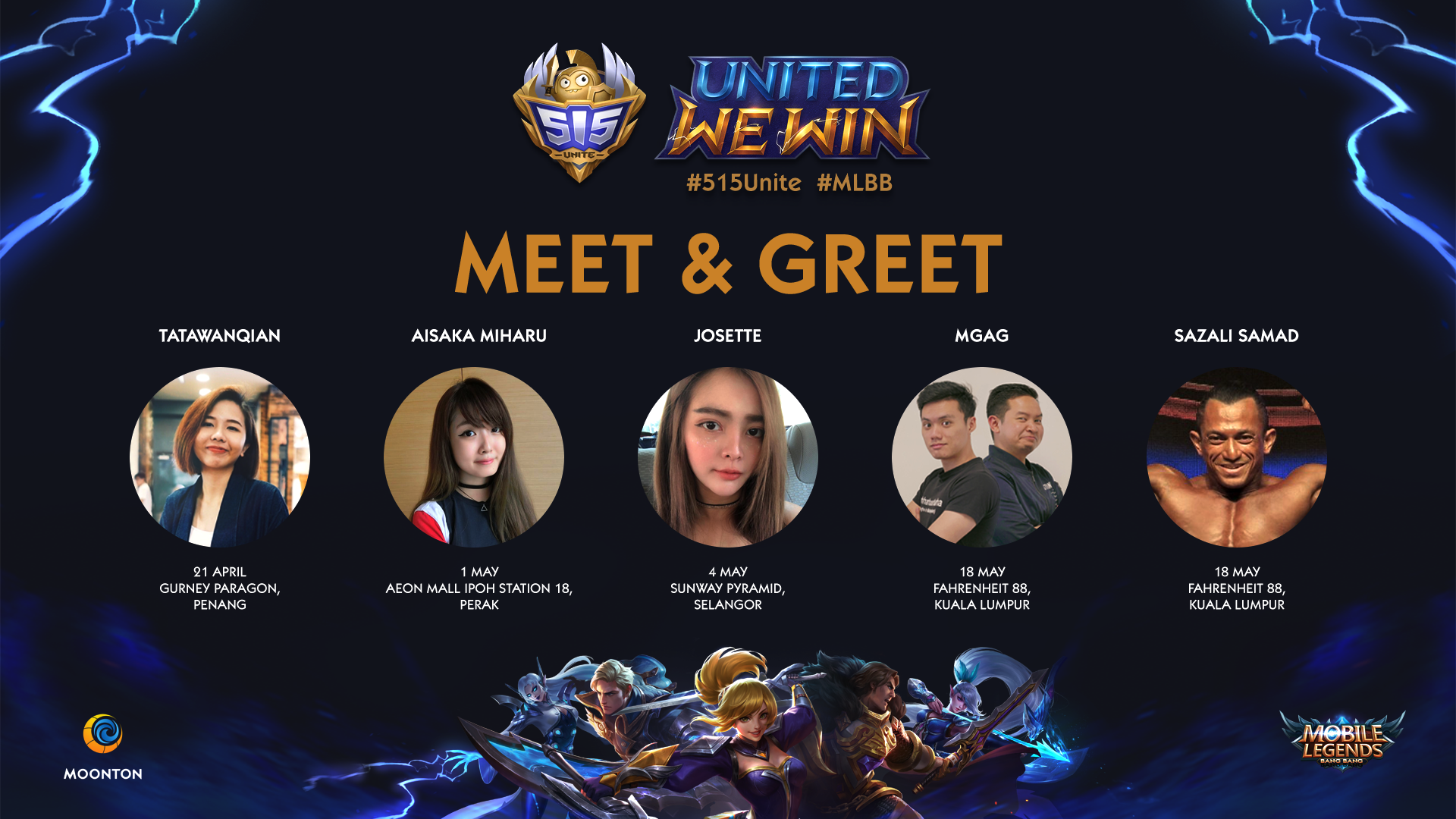 Special guests like Sazali Samad (10 times Mr. Universe!), MGAG team, Le Josette, Aisaka Miharu, Meera and many more guests will make an appearance. Fans, gather around! Also, meet up with the cosplayers on set and don’t forget to take Instagrammable photos with them. 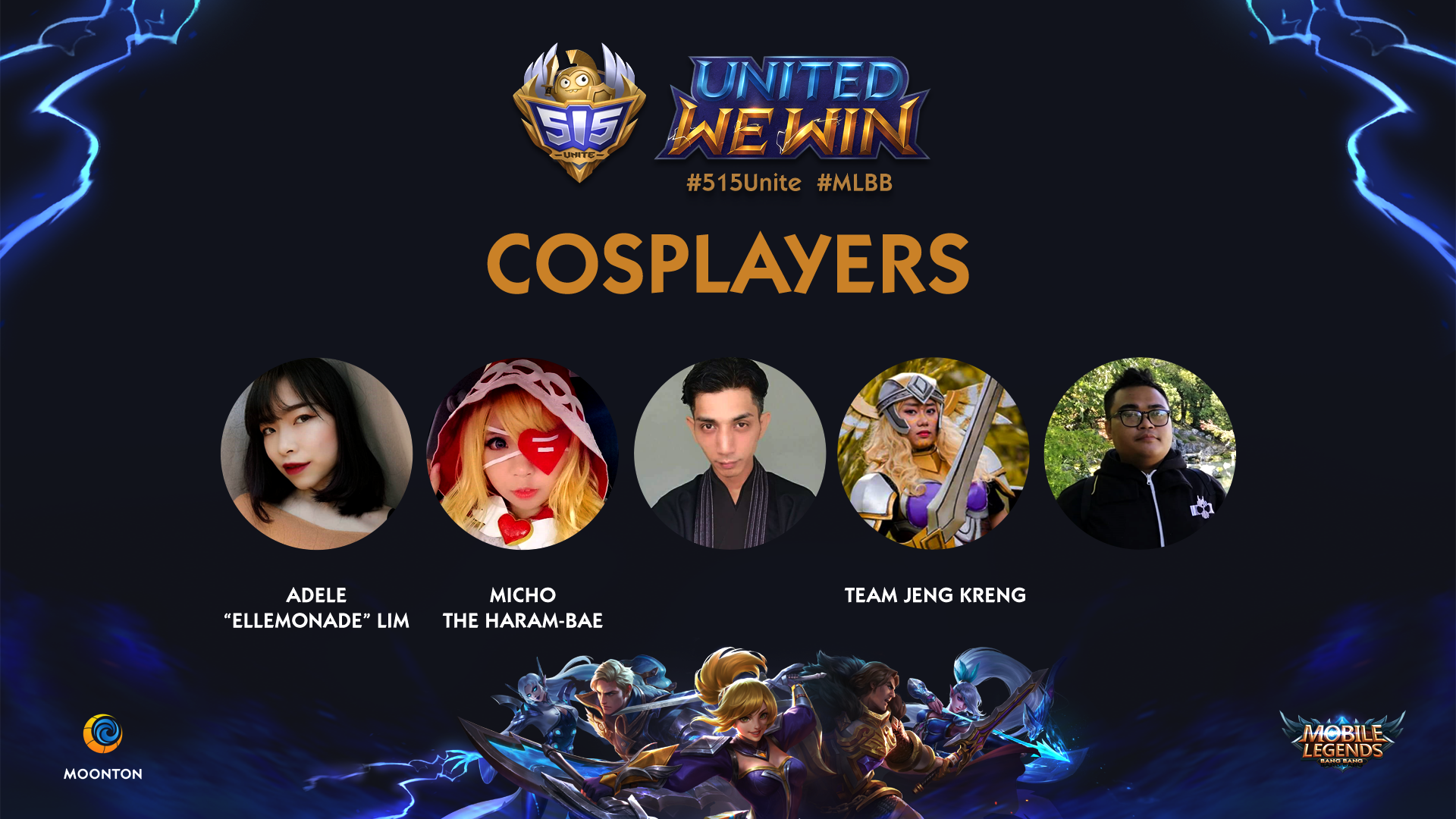 It’s understood some of you might be new to Mobile Legends. Still, we encourage you to join the campaign, as there are more than just games. Who knows, you might be part of Mobile Legends family after this? We’re signing off, see ya guys at 515 Unite Global Campaign okay?

P/S: We have also heard that Domino’s Pizza is coming out with 515 Pizza Offer at all their 238 stores in Malaysia with some contest and rewards! Do check them out!