Ever since the debut of Netflix’s popular series ‘Squid Game,’ it has set a new trend on the Internet. We’ve seen an overwhelming amount of restaurants and cafes jumping onto the bandwagon, creating their own version of ‘Squid Game’ menu. Marshall’s Co, a humble burger joint in Penang has joined the hype too with their new “Squid Game” Squid Burger! Well if you love the Netflix series and you love all things squid, this juicy XL Fried Squid Burger will make your knees weak. 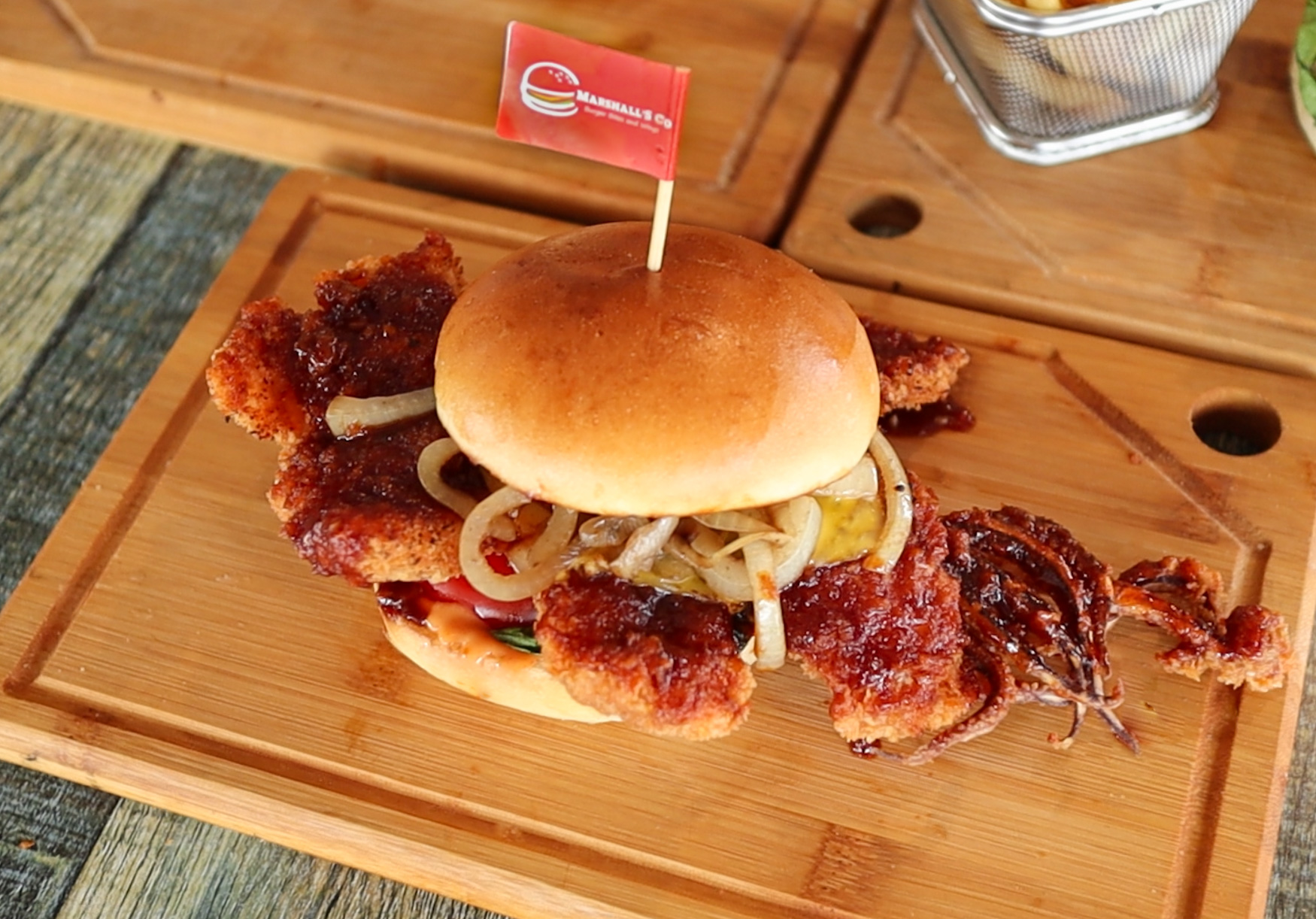 A sister brand of US Pizza, Marshall’s Co has whipped up some seriously good burgers for the past year. Overall, the brand has been known for serving quality dishes, using honest and Halal ingredients. 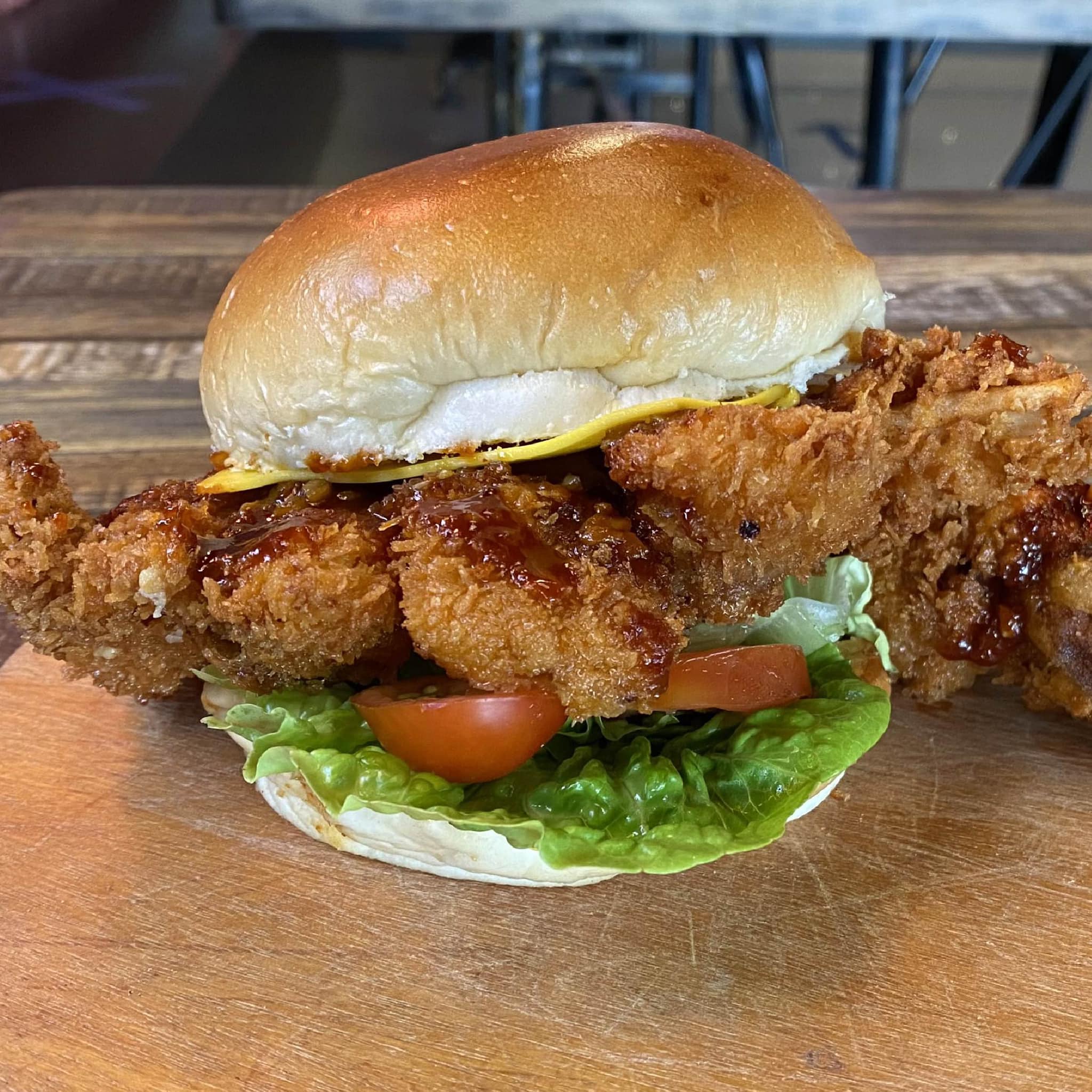 Behold their new menu, the ‘Squid Game’ Squid Burger! Some of you might think “eh the hype is dying lah.” We wouldn’t comment on that, but this burger alone, is definitely worth a shoutout. Seafood burgers ain’t new in the market, but to serve a gigantic squid sandwiched between two buns? That’s a first! 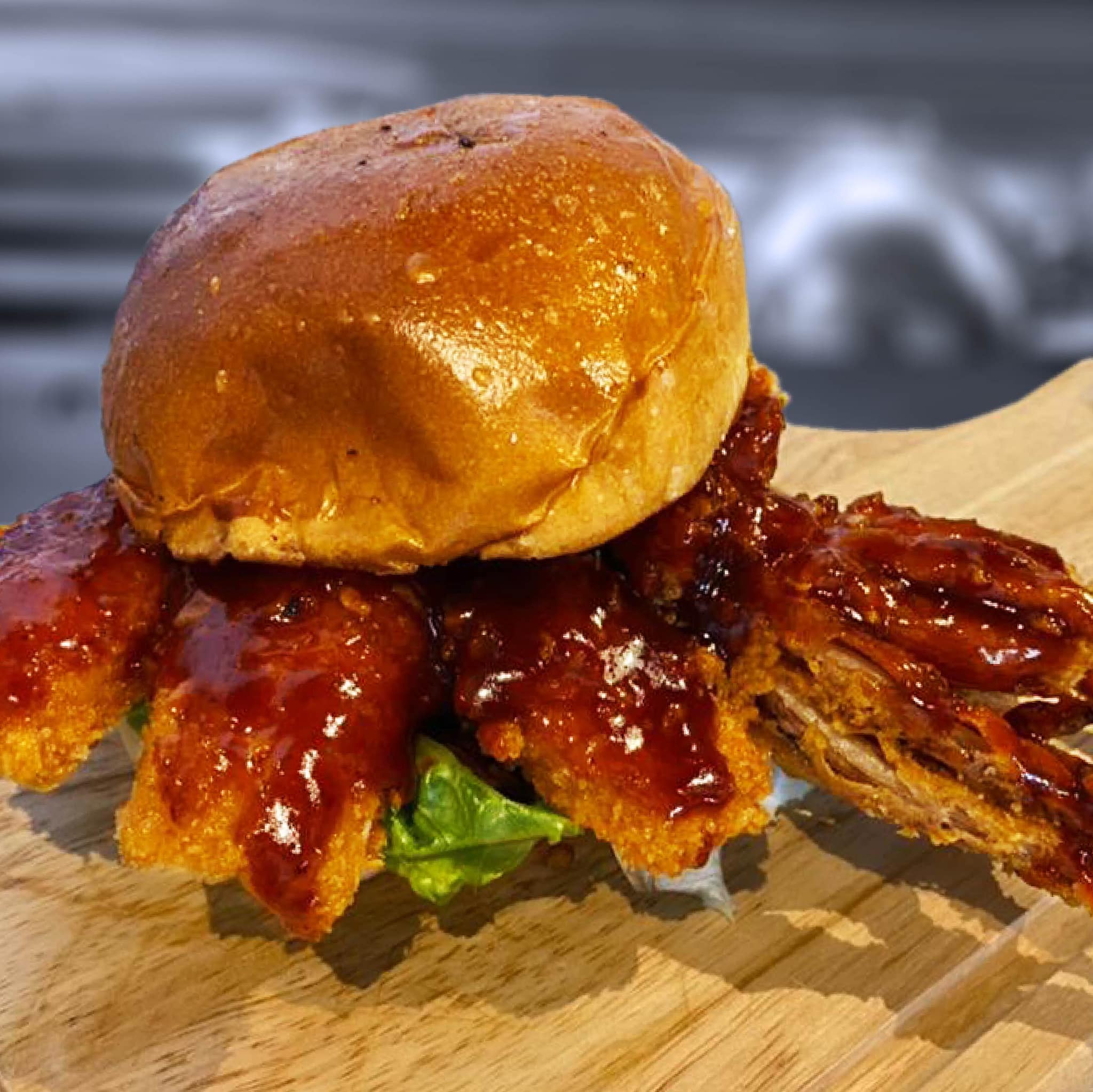 Just take a look at their Squid Burger, it took us both hands to actually secure the burger, that’s how huge it is. Every Squid Burger is made-to-order. Their XL squid is first evenly battered before being deep-fried into golden brown. Topped with their signature sauce, every bite guarantees a juicy, lip-smacking experience.

If you love all things squid, we highly recommend you guys to try out Marshall’s Co Squid Burger. They won’t be here for long, you snooze you lose. So foodies, what are you waiting for? Drop by your nearest US Pizza outlet and grab that Squid Burger! Lazy to head out? No worries, Marshall’s Co is on major food delivery platforms, so pick up your phone and order away!