ESCAPE Penang – arguably one of Malaysia’s and Asia’s best leisure entertainment destinations with exciting rides and games hosted in a natural environment – held its 10th anniversary celebrations yesterday on a grand scale, which included the launch of two brand new attractions.

These include Malaysia’s very own Ski Slope – the first-of-its-kind in Penang’s tropical setting; and a Dead Sea Pool, in which visitors can naturally float, much like in Jordan’s Dead Sea, marking two more game-changing attractions in ESCAPE Penang, which not only bear testament to the brand’s continuous pursuit of excellence, but also a symbol of yet another milestone which will cement Penang’s reputation as a truly exciting leisure destination. 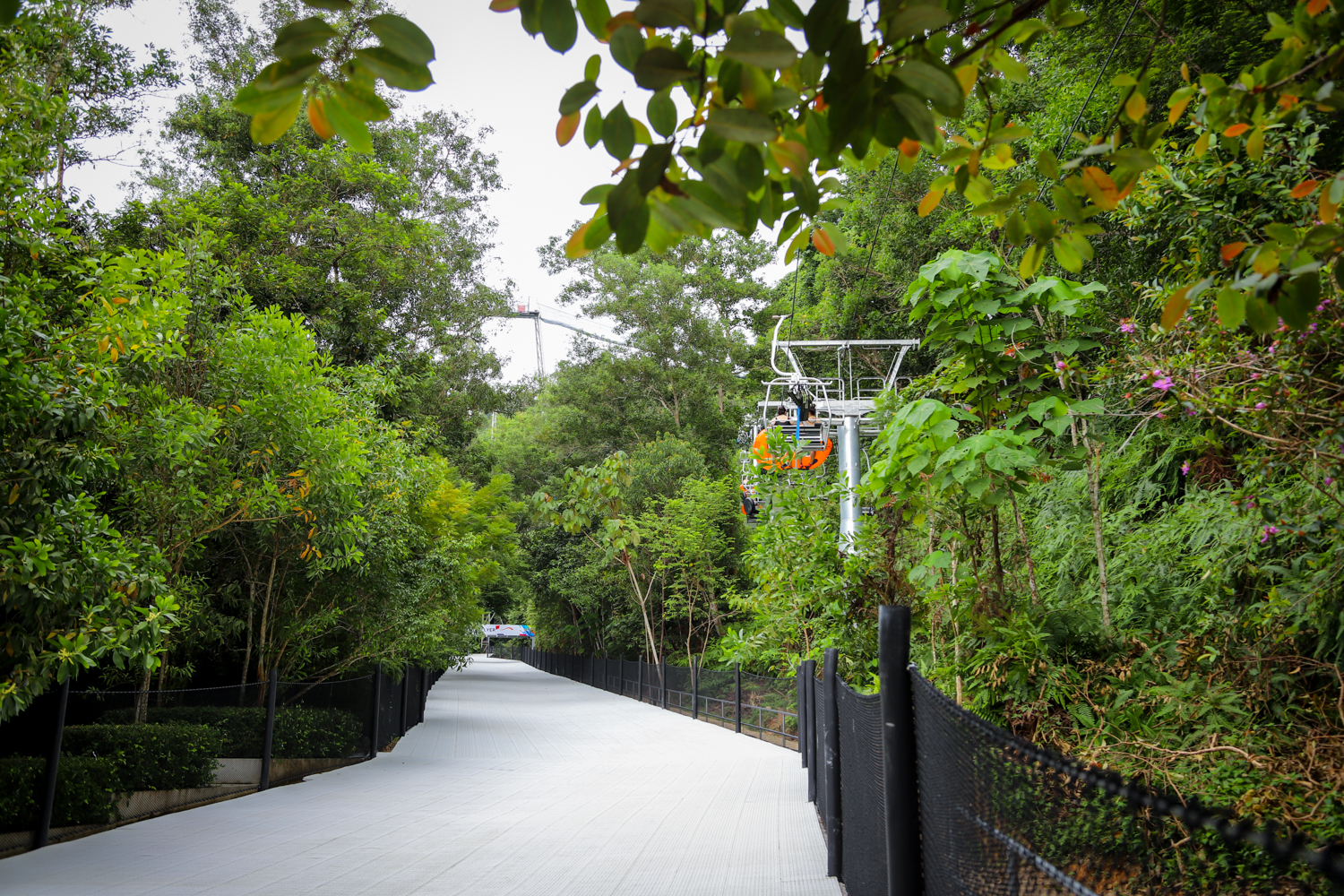 Dato’ Sim was most recently recognised in The Blooloop 50 Theme Park Influencer List 2022 as a key mover and shaker in the industry – a prestigious industry recognition that celebrates the work of fifty key individuals whose creativity, passion and drive has helped shape and improve the industry. It recognises individuals who have created ground breaking initiatives, technologies, designs and projects that are creating the theme parks of tomorrow.

“I am truly glad to say that Sim Leisure Group, through the inception and development of ESCAPE Penang over the last 10 years, has truly answered the call to put Penang on the world map with such a world-class destination. Indeed, the ESCAPE brand – with its wings now spread around the globe – is a true success story, which started right here by our very own Penang Boy himself, Dato’ Sim Choo Kheng,” said YB Yeoh Soon Hin, on behalf of Penang Chief Minister, YAB Tuan Chow Kon Yeow.

“I have no doubt that ESCAPE Penang has and will continue to be a tourist magnet for visitors for decades to come, as proven by the millions of visitors who has visited this park. I was extremely thrilled to know that Penang will now be home to Malaysia’s first Ski Slope and Dead Sea Pool, all thanks to ESCAPE Penang. I am so happy to be able to finally witness them for myself today. With these new attractions, ESCAPE Penang has once again raised the bar for the development of tourism in Penang,” he added.

The 302-metre-long Ski Slope is an outdoor man-made ski slope that runs downhill created from special material that allows skis and snowboards to slide effortlessly – all without any snow. In a true testament to Sim Leisure Group’s creativity and commitment to the environment, the Ski Slope is laid over a defunct road on what was once a Teluk Bahang Dam construction site. As with all other attractions in ESCAPE Penang, every effort was made to repurpose existing infrastructure, while preserving the park’s natural environment.

Meanwhile, The Dead Sea Pool mimics the famous Salt Lake in Jordan, which it is named after. The pool’s high salinity content allows visitors to float naturally in the pool. And now for the first time, visitors can experience both phenomenal attractions for themselves at ESCAPE Penang.

“Here we are, 10 years later after the ESCAPE brand was conceptualised right here in ESCAPE Penang. It has certainly been a long journey for us, but as you can clearly see, we are not like other so-called theme parks. We dared to be different, answering the call for reimagined play experiences. Today, we still stick to this the tried and tested concept of the rediscovery of childhood, while promoting connection with nature. And we meant it. When developing this park, we made every effort not to affect the natural lush greenery that you can see around the park. In fact, we even planted more trees!” said Dato’ Sim Choo Kheng.

“Our success today – fuelled by creativity and passion – has changed the face of conventional theme parks, while playing a vital role in promoting tourism in Penang and Malaysia. But while not resting on our laurels, we continue to evolve with the times, creating new experiences for our visitors. So, even as we celebrate 10 years of ESCAPE Penang with these new attractions, we continue to look to the future. Let me just say that ESCAPE is here to stay, and we’ll continue to evolve with the times, giving unique play experiences for generations to come, not only here in Penang,” he added.

As the pioneer of the now world-famous ESCAPE brand of theme parks, ESCAPE Penang has not only set the benchmark with its “low tech, high fun” approach to play, but has also continuously raised the bar with its unique offerings, including two Guinness Record Breaking attractions – the World’s Longest Water Tube Slide and the World’s Longest Zip Coaster.

Today, the ESCAPE brand of theme parks is represented by ESCAPE Penang and the brand’s very own mall attraction, ESCAPE Challenge, in Petaling Jaya. The brand will also soon see the opening of new parks in Ipoh, Cameron Highlands, and even outside Malaysia with the first international ESCAPE Park planned to be opened in Sri Lanka and on-going projects in Oman, Qatar, Saudi Arabia and China.