What’s the new or hottest breakfast place in Penang this year 2017? You gotta visit this awesome Roti Canai stall at Gemas Road. Roti Canai is known as the local’s favorite when is comes to breakfast. According to wiki, it was said that the food was brought over from India by the Indian Muslims, also known as “Mamaks” in Malaysia. 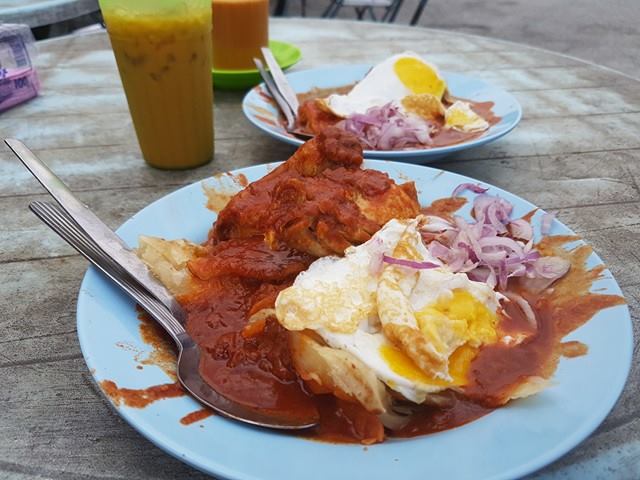 To me, roti canai is always better with curry (kuah) all over the roti. We called it “banjir” in Malay word. I had to emphasize this, the curry is really good, it’s sweet and the curry kick is awesome. It’s not like the mainstream curry you have in some other mamak stalls. If you prefer thick curry like me, you should really check this out. Trust me, it won’t disappoint your taste buds. 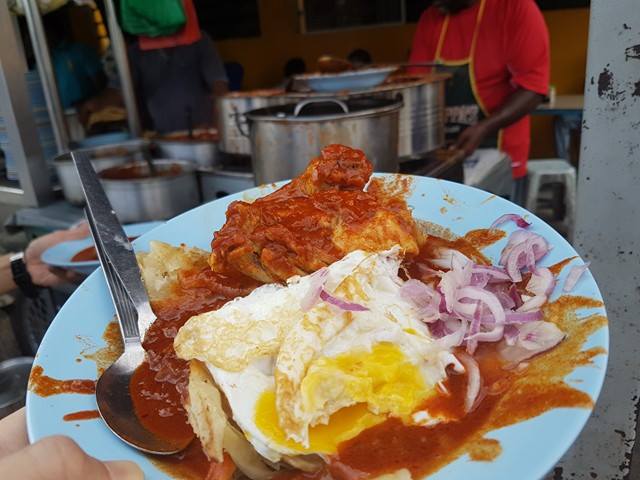 Gemas Road’s roti canai paired well with their chicken, sunny side up (telur mata) and onion (bawang). The chicken done well with fork-tender meat that is cooked thoroughly. The roti is also good, it’s flaky and tasty. The outer layer is slight-crisp upon serving and the inside is soft and fluffy.

As you have probably seen this post being shared all over the social media, especially Facebook. Well, we’ve tried it out and we think that you should really try it! I’d give them 8/10 in taste. Overall, it was a satisfying meal for a lovely morning.