Roughly two weeks ago, Penangites were overjoyed to know that Malaysia’s Highest Elevated Highway, Jalan Bukit Kukus (Pulau Pinang) officially opened for traffic. However, fast forward to the present, clutters of rubbish were found along the famed highway.

Knowing that Malaysia’s Highest Elevated Highway is located in Penang, it is only natural that the public would’ve wanted to take a look at the wonder themself. And if possible, snap a photo or two to admire it. Even so, not everyone shares the same sentiment. Shared on Facebook by Mfadzil Fbo were photos of Penang’s newest pride. But unlike many other scenic photos taken, the post revealed that the road has already attracted litterbugs.

The New Road Is Turning Into A Popular Hangout Spot

According to netizens, a lot of people are hanging out along the side of that road. Some may even leave a few garbage behind as they move. Among the garbage spotted there are cigarette butts, food wrappings, and plastic cups. 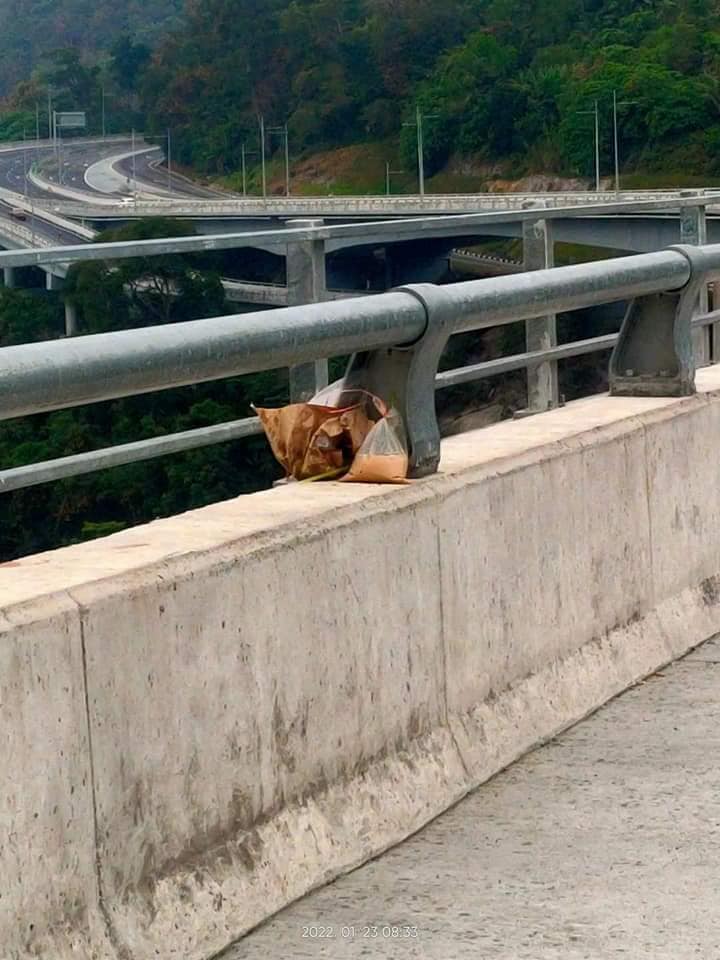 Obviously, the netizen has something to say about this behavior. Some insisted that people could’ve just refrained from throwing out the trash on the road and kept it in their car until they can find a proper trash bin. While others also agree that everyone should practice cleanliness wherever they may be.